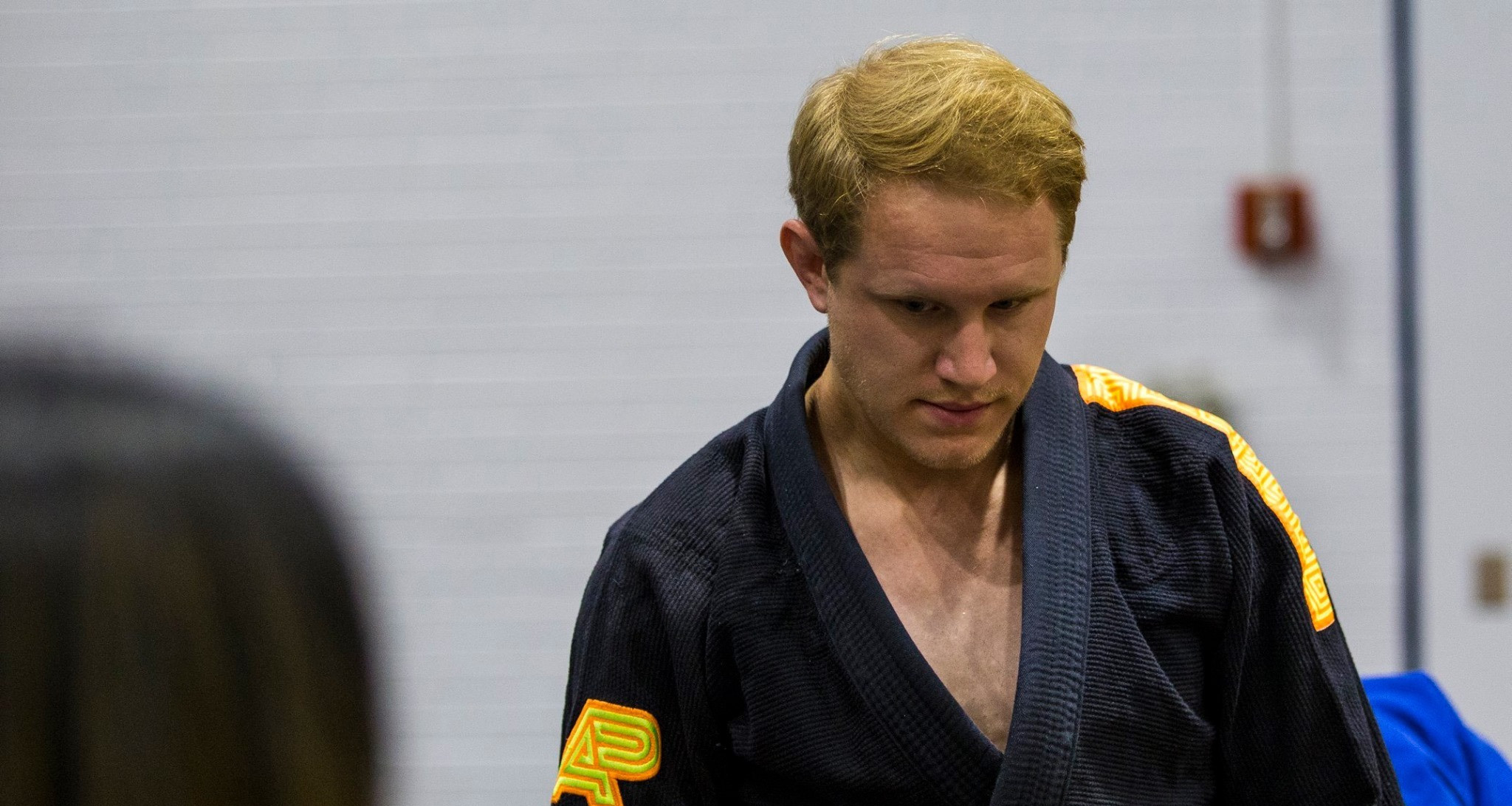 The 2019 AZ No Gi State Championship is right around the corner. It is the only specifically no gi tournament on the AZBJJF calendar. While there are plenty of options throughout the year for competing without the uniform, this is one tournament that has Arizona academies gearing up.

While many grapplers preach that it’s just as important to train out of the gi as in the gi, not all of them actually do. Patrick Oskvarek is a grappler who does it all. A brown belt in Jiu Jitsu, Patrick is a former wrestler and current no gi instructor at Roots BJJ & Fitness in Gilbert. His game has adapted over the years as a submission-oriented hybrid of wrestling and Jiu Jitsu, and he offers valuable insight as to what it’s like transitioning to no gi.

“I think most people that train in the gi transition well to no gi,” says Oskvarek. “The biggest difference between the two are the lack of grips, the speed, and options. For me, my biggest strengths in no gi are the ability to sink in chokes faster and tighter, and being able to scramble in and out of positions.

Grapplers with wrestling backgrounds tend to have more experience using tie-ups and hooks to control posture, and adapting to life without collars and sleeves can be daunting at first for Jiu Jitsu players. “When doing no gi Jiu Jitsu, you have to adjust where you grip for control. Instead of having the kimono to control your opponent’s posture with the collar, sleeve, and pant grips, you have to switch to a behind-the-head or neck collar tie, or wrist control.”

Friction is another tool lost when taking off the gi: “When you and your opponent start sweating, control from dominant positions or locking up submissions becomes much more difficult.”

Oskvarek goes on to explain that “the pace of no gi is much faster than traditional Jiu Jitsu [in the gi]. Fast scrambles are frequent, and the constant movement can be very exhausting compared to training in the gi.” Those grapplers looking to start competing more without the gi will benefit from conditioning and a lot of rounds to help adapt to the faster pace of no gi.

Another thing that changes when going from one to the other are submission options. “More options of attack are available in the gi,” he explains, “but on the flipside, you have less things to worry about in no gi.” An important piece of advice is that almost “everything you learn in no gi can be done in the gi, but not vice versa.” If you are getting more of a balance between gi and no gi training, you might find yourself adapting more of the no gi techniques to your gi game than the other way around.

Transitioning from gi to no gi can seem a little daunting to grapplers who are used to the control that the gi offers. Traditional Jiu Jitsu seems rooted in using the gi as a tool, and it is, but many of the same principles of leverage and movement apply. Students looking to bring parts of their gi game to no gi should focus on the alternatives to grips and submissions, and understand that speed and technicality are going to have a whole new role. If you have any questions about the change from one to the other, find someone at your school who has experience in and out of the gi, and learn from someone who understands both!