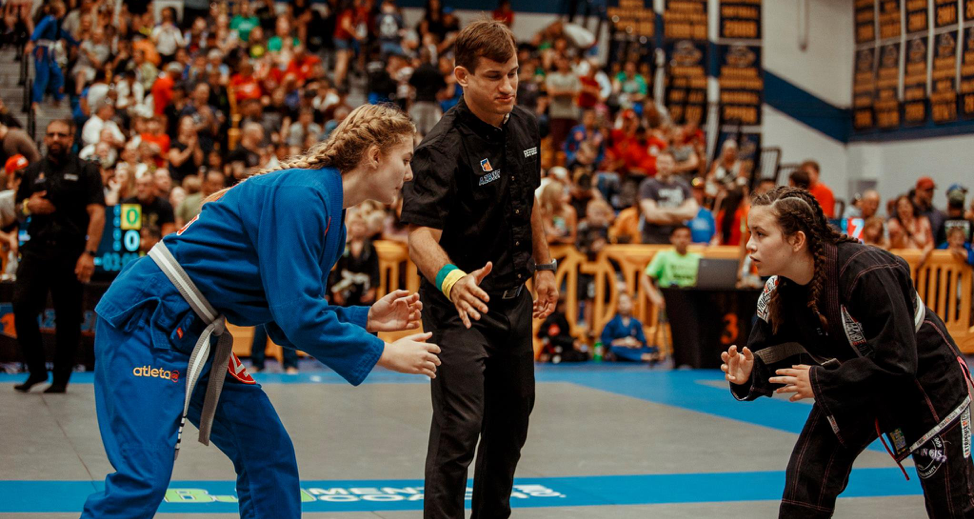 The Kid’s Cup and Copa Bella tournaments have been a mainstay on the AZBJJF circuit since 2012 and have grown significantly since the inaugural events. The AZBJJF implemented the Smoothcomp system in 2018, giving access to advanced statistics to more accurately track this progression. The analytics prove that this edition of the Kid’s Cup was the biggest in the tournament’s history. There were 612 total registrations, 424 of which were boys and 188 of which were girls. The kids represented 10 countries, 75 single location clubs, and 34 teams. A total of 140 divisions were contested, 84 of which were boys’ divisions and 56 of which were female divisions. The boys and girls matches resulted in 278 submissions, 254 victories by points, and 17 victories by referee’s decision.

The statistics for the Copa Bella were equally as interesting as those of the Kid’s Cup. There were 159 women registered representing 7 countries, 5 clubs, and 31 teams. The 2012 Copa Bella had only 36 competitors, a number that was more than quadrupled in 2019. The Copa Bella had 56 total divisions with 66 submissions wins, 44 by points, and 3 by decision. The Kid’s Cup and Copa Bella tournaments contributed to the team and individual points for the 2018/2019 season. Both academy (single location) and team rankings can be seen below. The final tournament of the 2018/2019 season will be the AZ State Championships on June 15-16, 2019 at Phoenix College.