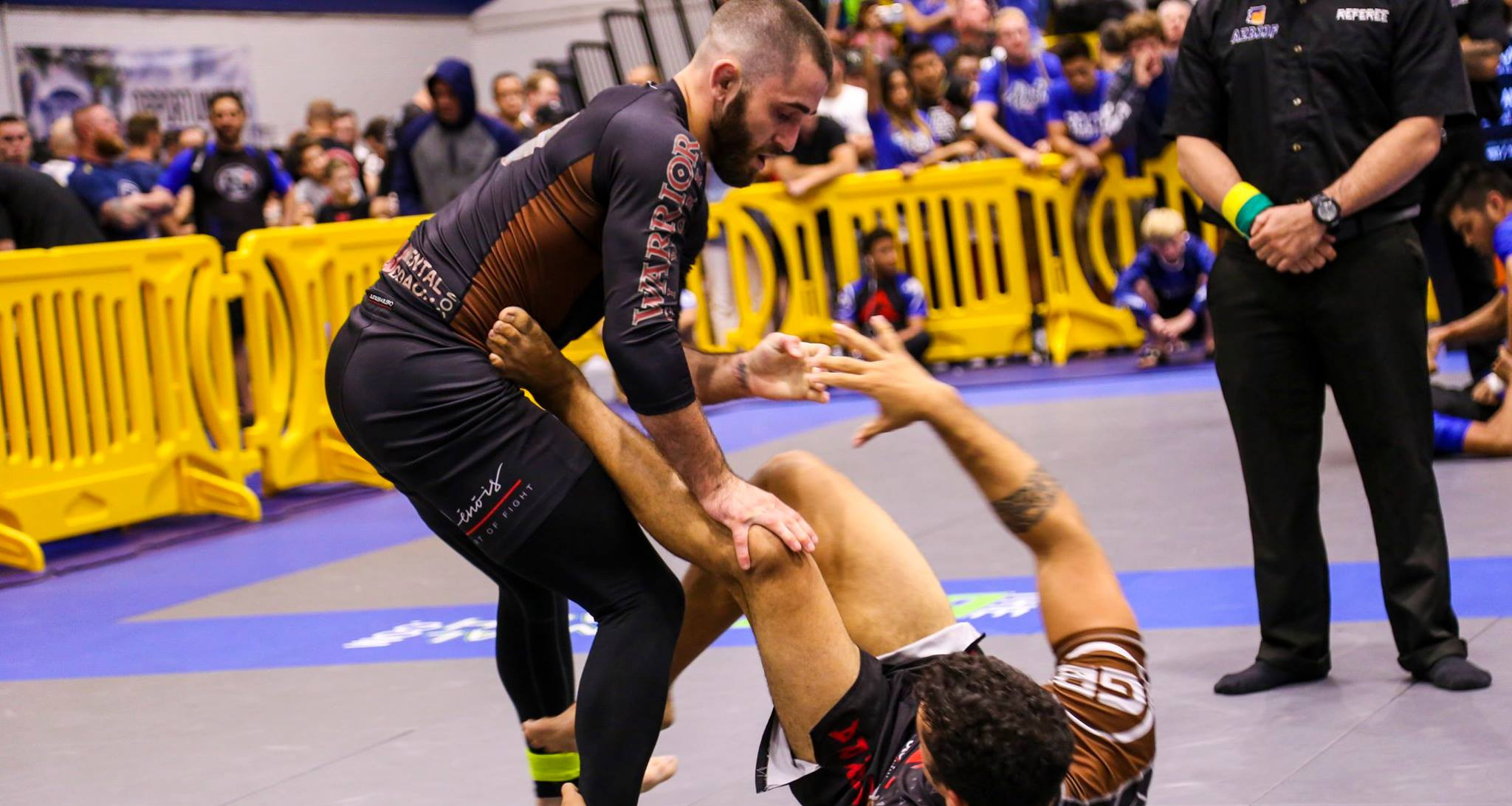 A Quick Guide to No Gi for Gi Players

Training no gi is a great supplement to your gi game that gets vastly underestimated and under used. It’s essentially the same thing with a change in gripping and a faster pace. No gi definitely lends itself to more athletic grapplers but on the flip side it can also be easier on your joints. Below are some of the main differences and a few pointers to make the transition more seamless.

The lack of grips really throws gi players off. In fact, this is probably a large reason why many gi players don’t try no gi. There are grips in no gi but it’s important to note that they are a lot more dynamic, meaning you will have to switch grips often and even when you do have a good grip on say the wrist for instance, that grip won’t last forever. However, this can also work in your favor. There will be fewer ways for your opponent to slow you down. Takedowns become a lot easier without lapel grips. Worm guard and spider guard are not available to tie you up. Overall, your ability to escape submissions will get a boost as well since there is much less friction.

Due to the nature of no gi, playing guard can be a little bit more difficult coming from a gi background, especially if you rely heavily on gi grips. It will take time for you to transition your guard skills to a more dynamic environment. One big key concept in no gi is that you will need to really utilize your legs for holding and controlling your opponent, almost like a second pair of arms. Once you get the hang of this, playing guard in no gi becomes a lot easier.

What guards to play

A great guard to start with in no gi is the butterfly guard. The butterfly guard in no gi connects most of the no gi guards together. So if you develop a good butterfly guard, it will naturally transition to the other guards depending on what your opponent does. For instance, if you’re playing butterfly and your opponent stands up, you can work x guard and single leg x. Or if your opponent tries to pressure in low on your guard, now you got a great half guard entry. The butterfly is such a versatile guard no gi that you should definitely invest time in learning it’s intricacies.

If you train no gi you will have to develop an awareness for leg locks. First, how to defend them and second, how to utilize them to go on offense. Leg locks have probably had the largest growth within the past few years. Pure gi players are typically way behind when it comes to defending them. Don’t be that guy that gets demolished anytime someone grabs their leg. Your best bet is to learn the basic fundamentals of defense and escape. It will really pay off and your joints and ligaments will thank you.

Leg lock awareness is super important. However, a close second is awareness of the guillotine choke. It’s a simple enough technique that anyone and everyone can go for it. Thinking of going for a takedown or coming up from a sweep?  Be aware of falling into a guillotine. Realize that the guillotine threat is everywhere. Learn how to predict when it’s coming and also invest the time in learning to defend it.

So if you’re looking to expand your Jiu Jitsu skill set or want to mix your training up a bit, try adding one or two no gi sessions. It will pay off in the long run.