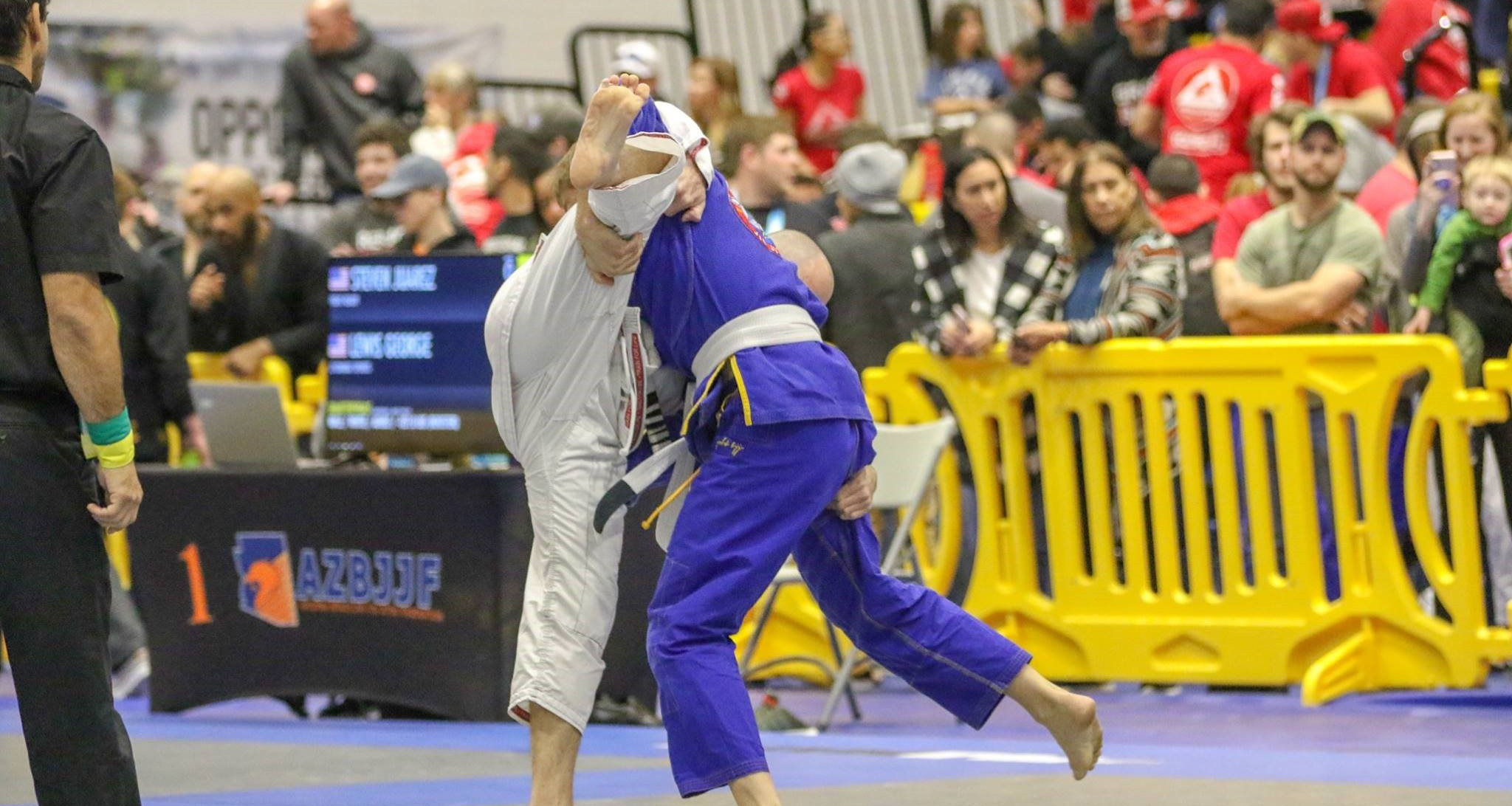 Why Is It So Important to Learn to Fall in Jiu Jitsu?

Everyone's been through it.  You show up to your first day of Jiu Jitsu or judo and somebody with a black belt comes over and shuffles you to the corner of the mat as everyone starts doing the summersaults that you haven't done since being out of middle school gym class.  They saunter over to your corner and deliver a speech that's been rehearsed hundreds of times: "Ok, I see it's your first time, so we're going to practice falling.  Now I want you to fall backwards, land on your butt, roll onto your back, but not your head, and slap the mat."  So you do it, but really, nobody explains why the heck you're slapping the mat and after 20 times or so your hands hurt and you wonder if the rest of the free trial is really worth the gas money.  So let's talk about rolling, falling and slapping a bit.

Damage to the body is most likely to occur with a higher "force" applied to it.  Force, in its basic definition, is simply a change in momentum over a period of time (which is to say that a force is equal to how much your momentum changes divided by the amount of time that the change occurred).  Momentum is the product of your body's mass and speed.  So if you combine the two definitions, simplistically, the damaging force of impacting the ground is caused by the change in speed over some period of time.

To reduce the damaging force that you experience then, we have two options.  First, you can reduce the speed prior to the impact.  In real terms, this means don't get thrown so hard and/or try and slow down the wrestler's blast double leg takedown before you go airborne.  With a lower starting speed, you get a lower change in speed. The second option is to increase the amount of time over which you impact the ground.  If you've ever seen someone land square on their back and stop instantly after a fall, they invariably lay there in a puddle of pain.  That’s because the time duration of the impact was so short; meaning a very high amount of force generated.  When that high force gets applied to the solar plexus (a network of nerves in your abdomen), you're introduced to the pleasurable sensation of having your diaphragm paralyzed ("the wind knocked out of you") for a minute or two.  And so when we fall, in martial arts practice and competition, we roll which extends the amount of time that it takes for our center of gravity to come to a full vertical stop.  Reduce the force by increasing the time to come to a stop.

Parkour athletes have made an art of this concept.  They're able to reduce the force on their body during impact by transitioning a fall into a roll which stretches out the time that it takes for their bodies to come to a complete stop in the vertical plane.  It's important to note that the transition to rolling forwards isn't a transformation of vertical falling energy into horizontal rolling energy (something which I've seen plastered incorrectly over the internet).  The forward roll is simply an efficient way to get more of the body involved in the fall and slowly lower your center of gravity.  A forward roll also slowly and more effectively slows you down in the horizontal plane because, again, you're stretching out the amount of time that it takes to change your momentum.

That’s nice, but why the slapping?  The slapping, I’m afraid, is a little more complicated.  First, we want to make sure that no body part is absorbing more of the momentum change than it has to.  If you fall with your arms crossed over your chest, your chest will impact and experience of the force of its own impact, but then on top of that the mass of your arms will impact your chest, applying their force to your chest on top of that.  So slapping creates a better body form for ensuring that each body part absorbs its appropriate share of force.  Secondly, slapping our hands downwards actually generates a relative upward force on the rest of our body.  Picture standing and holding a large medicine ball.  Throw the medicine ball as hard as you can out in front of you; you move backwards, right?  The same thing is in play with the slap; throw your hands downward and your body experiences an upwards force, lessening the impact.  This has its limitations of course; the momentum generated by swinging your arms will never completely eliminate the impact of your core and ultimately all of the energy from falling has to be absorbed by one body part or another.  Slap after you’ve completely stopped moving and you’re just making noise.  Slap long before you impact and you’re just setting yourself up for an awkward landing.  Slap on a concrete floor during a bar fight and you’re probably just going to hurt your hands (plus you’re not supposed to be taken down at a bar fight anyways, you train grappling right?).

So in order to reduce injuries and have a better training experience it is vitally important to both understand and to learn how to fall.