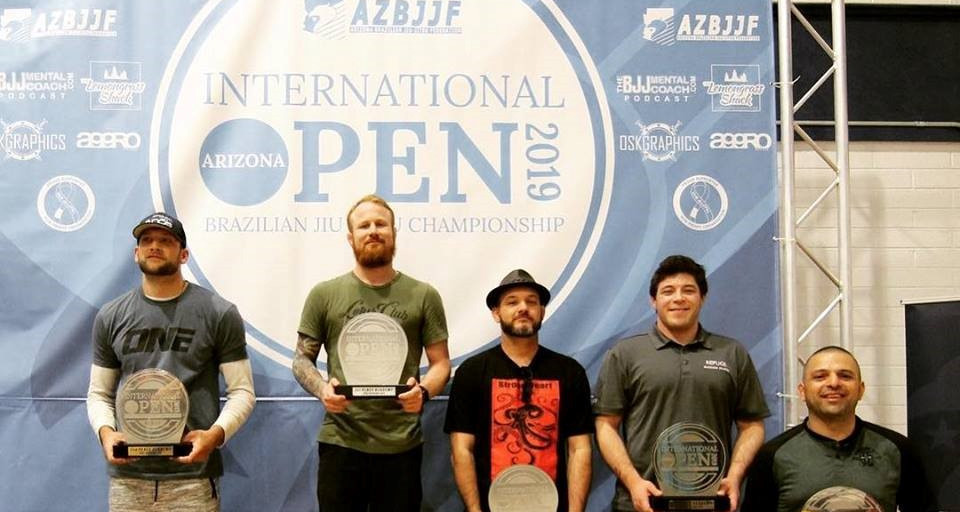 Lotus Club Fight & Fitness is one of the premier Jiu Jitsu academies in Arizona. The team is led by black belt Sean Downie and is currently ranked #3 for adults and kids in the 2018/2019 AZBJJF rankings. The Lotus Club Brazilian Jiu Jitsu Association is internationally recognized and has hundreds of affiliate schools all over the world. The origins of Lotus Club in Arizona began at Siege MMA, where a rotation of Brazilian black belts would come through to teach at various seasons throughout the year. After years with various visiting and in-house instructors, Sean decided to branch out and teach at a local Fitness/Kickboxing gym. Around this time, former head of Lotus Club USA, Giva Santana, decided to step away from Lotus Club to form One Jiu Jitsu.

Although this change was a big adjustment for everyone who was part of Lotus Club, it also marked a new beginning for the association in Arizona. “The significance of the Lotus Flower is that it is able to grow beautifully out of the mud, which I feel is a perfect metaphor for this new chapter of Lotus Club Arizona. I chose to stay with Lotus Club due to the personal connections I had with the instructors who had been mentoring me since I was a white belt. The other two schools chose to follow Giva and embark on a new journey to help him build his new team, a decision I fully respected at the time, and still do to this day. Once the division took place, the new chapter of both Lotus Club USA and Lotus Club Arizona began with my goal of making Lotus Club Arizona stronger, more structured, and more unified than ever before. My new journey is being overseen by my mentor and new head of Lotus Club USA Eduardo Santos. I have also received plenty of input and support from the instructors in Brazil that have been a part of my Jiu Jitsu Journey since I began training with Lotus Club as a white belt, over a decade ago. Over the last 3 years we have seen a steady growth within our team and steadily climbed our way up the team rankings while producing what I feel to be a very respectable competition team that I, personally, am very proud of.”

As with any organization in Jiu Jitsu or business, the passing of time always brings change. Although Lotus Club was benefiting from having multiple black belt instructors, the team was lacking a consistent structure and approach to training. “I would say the one flaw of having a rotation of black belts teaching would be that it left us lacking structure. The second phase involved the instruction being taken over by some of the Brown Belts within the team. That phase went on for quite a few years until those Brown Belts eventually were promoted to Black Belts, which started the third phase. This involved some of the instructors within the gym deciding it was time to embark on a new journey and start our own programs. After quite a few years of Lotus Club Arizona being isolated to one location, the next phase began when the decision was made by myself and one of the other instructors to branch off and fulfill our goals of leading our own programs. The current phase of Lotus Club Arizona came once the Lotus Club/One Jiu Jitsu separation took place, dividing the team and causing both sides to go through a restructuring phase. Personally, I feel that this division was good for all parties involved and allowed for everyone to pursue their own personal goals in ways that suited their needs more.” Part 2 of this interview will be posted soon discussing the addition of Roots BJJ & Fitness and the teams goals for 2019 and beyond!