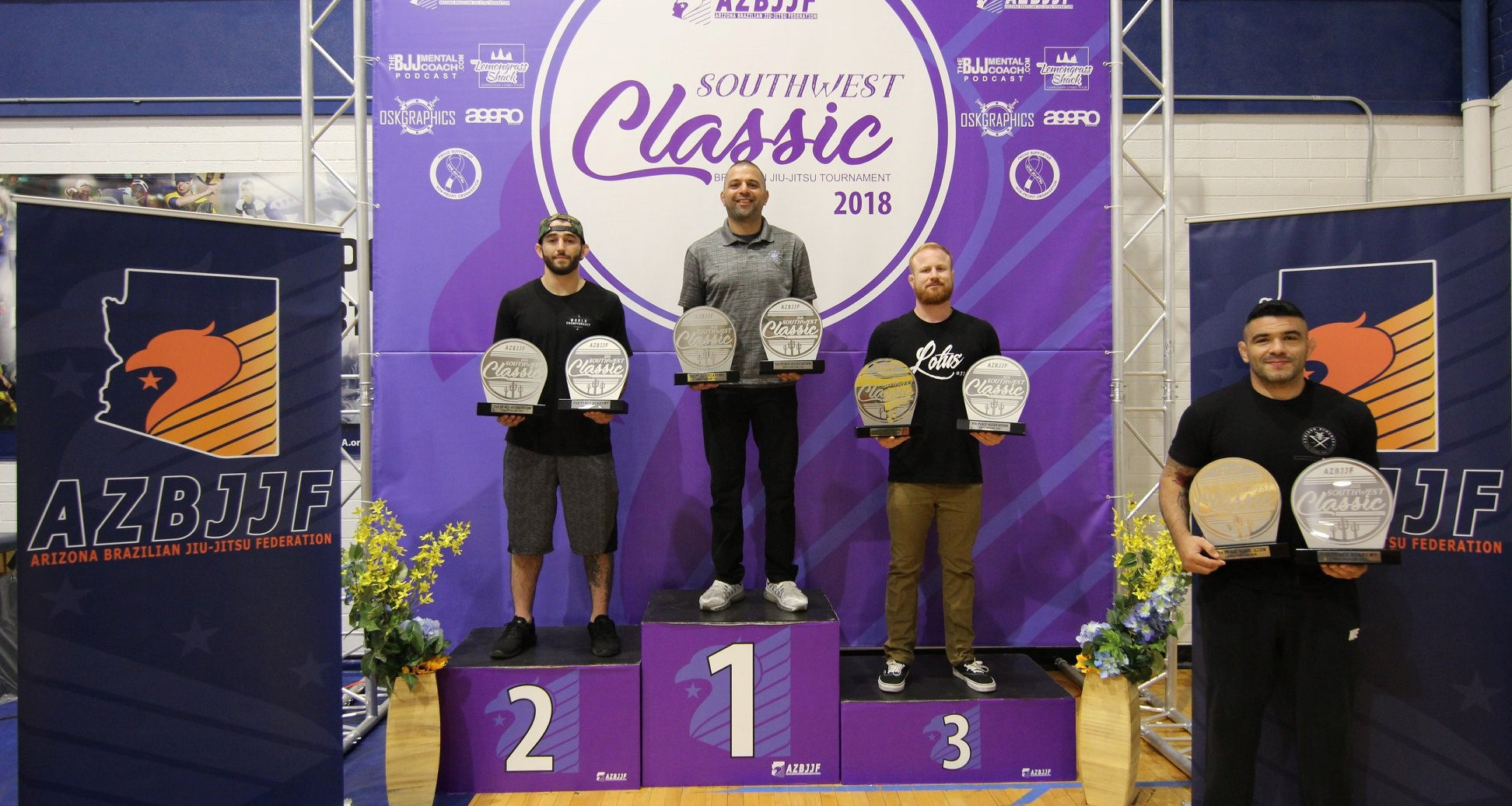 The 2018 Southwest Classic went down on October 13th and 14th at Phoenix College, leaving just one AZBJJF tournament left in 2018. The state’s top kids, adult and master’s competitors took to the mats to improve their skills and also their teams’ overall rankings. As part of the new Smoothcomp ranking system, teams and academies are both ranked for adults and kids. Academies are one physical location while teams can include more than one. Leading up to the Southwest Classic, Maracaba BJJ was leading the academy rankings for both kids and adults. GD Jiu Jitsu was leading the team rankings for kids and adults.

The race for the top adult academy was not as close. Maracaba BJJ came in 1st with 53 wins and 23 gold medals. GD Jiu Jitsu came in 2nd with 45 wins and 12 gold medals followed by Lotus Club with 13 wins and 8 gold medals. Maracaba BJJ’s performance propelled them to the top spot as an academy and a team for the Southwest Classic.

Congratulations to all of the teams that brought their best to the 2018 Southwest Classic. The next AZBJJF tournament will be the Master’s Cup on December 9th. We look forward to seeing all of the top teams there as they attempt to climb the rankings for the 2018/2019 season!