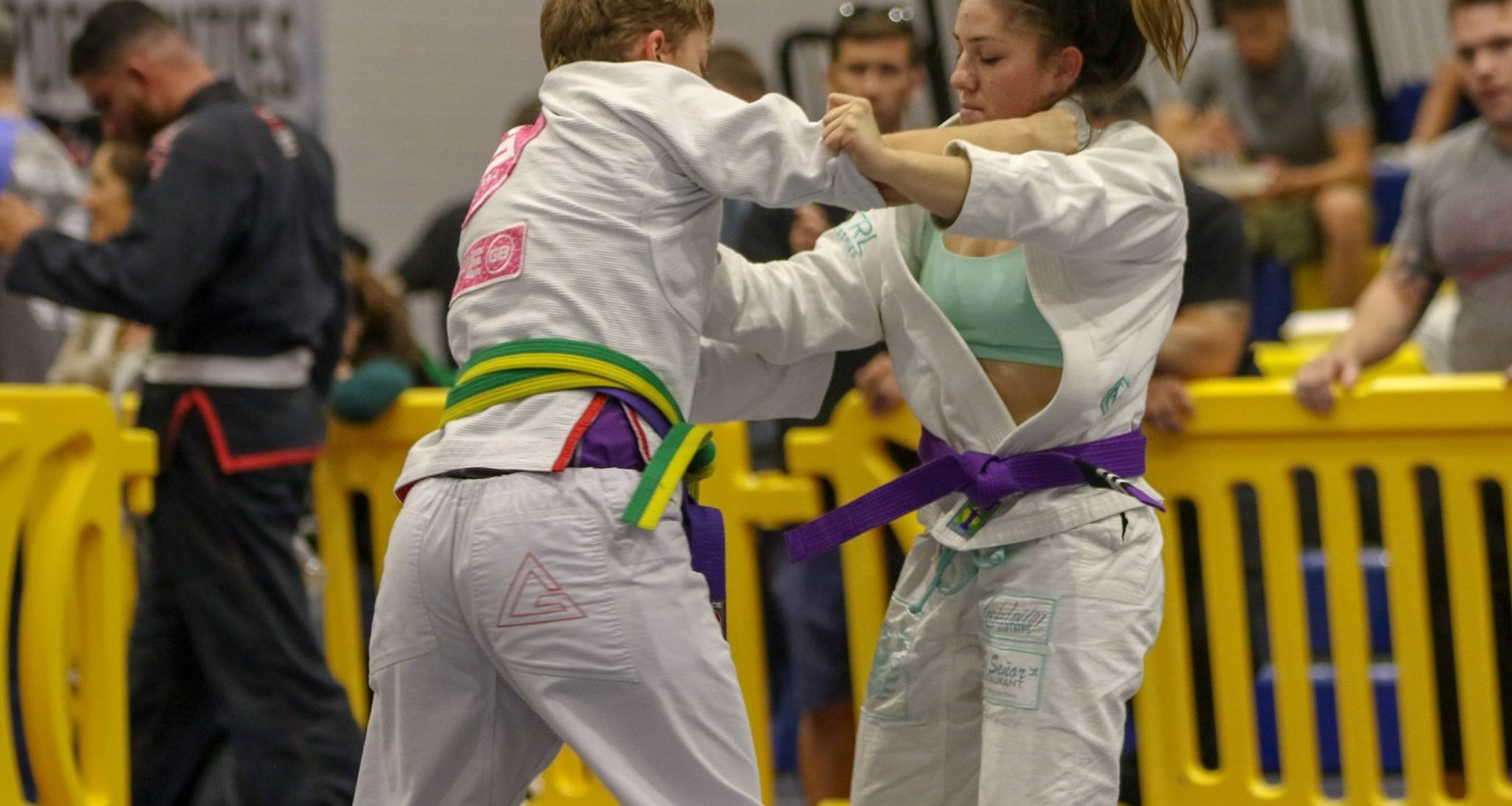 What Are You Learning From Your Loss?

It’s a rare treat for an athlete at any level to win every match. Only the smallest percentage of competitors go undefeated through their career. The rest of us sometimes (or often) deal with the very uncomfortable prospect of losing a match and/or tournament. No matter what we tell ourselves, no matter how much we act like it doesn’t matter in the long run (which it doesn’t) and that it’s only going to make us stronger (which it does), our hearts feel a pain that our brain tries to rationalize away.

Many athletes say things like “I didn’t get the win, but learned what I need to work on”, or “time to get back on the mat and get ready for the next one”. These are great ways to intellectualize the disappointment of a loss, but how can we add meaning to the things we tell ourselves?

Shasta McMurry is an active competitor under Thiago Ximenes at Soul Fighters Scottsdale. Shasta competes about ten times a year, and has experienced results on both sides of a match. “Taking a loss can be heartbreaking, but it can also make you want to work harder!” she says. “Some people get discouraged, and others become more driven. What do I need to change? What can I do better? How can I work harder? That is my mindset.” Shasta notes that, just as Jiu Jitsu is forever evolving, so are we as athletes and students of the art. “I personally try to channel a loss in a positive way and work harder than I did before.”

Another active local competitor, Matt Mamolen, is a black belt under Paul Nava at Ares AZ BJJ. Having competed around the country since 2007, Matt says he has “won a lot of matches and lost quite a few, as well.” He views both wins and losses as opportunities to learn and grow. “Whether I win or lose I tend to reflect on my performance, and look at areas where I could improve and implement those in training so I’ll be better prepared for the next tournament.” Matt does note, however, that he tends to be more motivated after a loss. “I’m very competitive, and when I lose my thought process is typically wishing I could do it again immediately.” Having competed this year at both brown and black belt, he has some experience to share with those moving up the ranks: “The higher the level, the more you realize small gaps between you and your opponents’ abilities take a lot of work in the training room to overcome, and sometimes a loss is just the motivation I need.”

Taking what you’ve learned from competition and applying it to subsequent training is a great way to focus and improve your ability with tangible metrics. Ask your coach or training partners to give their feedback on your performance, and take each match as an opportunity to evolve. It’s painful experiencing a loss after putting in hours and hours of work, but that feeling is a brief moment in a hopefully long and rewarding Jiu Jitsu journey.